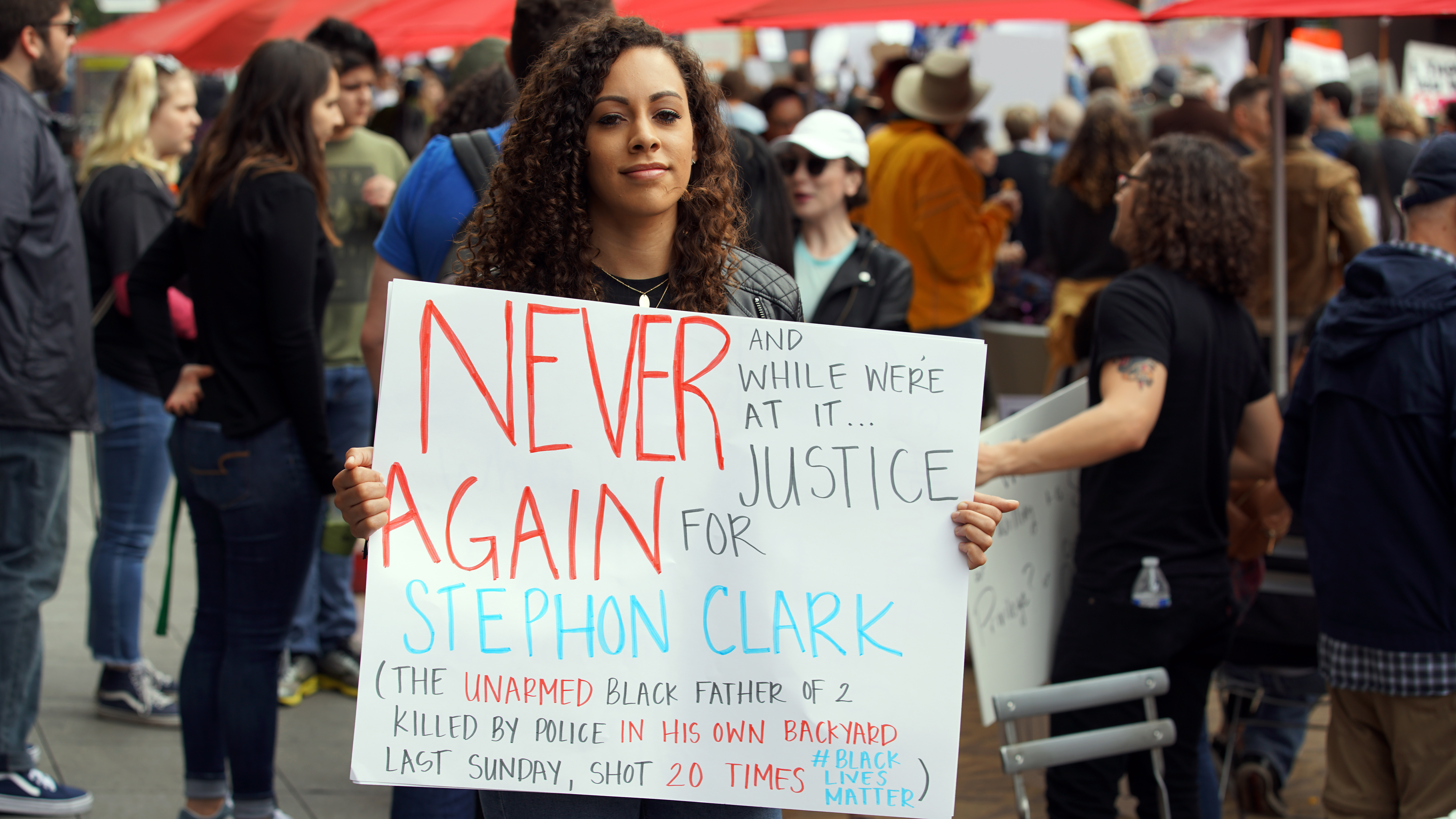 Posted at 20:08h in Life Stills by Ural Garrett 0 Comments

Ural Garrett was on the ground at yesterday’s (March 24) March For Our Lives protest in Los Angeles and it marked what we all hope is a change in gun laws.

A million questions ran through my head as I followed protesters ranging in the tens of thousands (estimated 60,000) through Los Angeles’ March For Our Lives protest in the city’s downtown area. What exactly made the Parkland, Florida shooting, which took the lives of 17 students and faculty members, so different than Columbine two decades past or Sandy Hook nearly six years ago?