05 Sep From the Archives – Amalgamation Summer 2010

Posted at 03:56h in Marvelous Writings by Ural Garrett 0 Comments

2010 was quite an interesting year for me. It was almost a year and a half since finishing my undergraduate studies at Southern University and life was hell. Wasn’t in my career, worked four incredibly crappy  jobs (yes I count those bi-weekly plasma donations to Biomat) and ended a relationship with my first love.  On Wax was still essentially in its infancy even after three years but we were getting some buzz locally and nationally. One of the first folks to catch attention was a mutual friend of my brother David Mitchell, veteran journalist and founder/owner of Amalgamation Magazine .  It wasn’t until my time at Amalgamation in which I truly felt like a true music journalist. Not only was I finally getting paid substantially but transitioned from dealing only with artists to high level executives.  Crazy enough, the first issue (viewable below) I contributed to had me literally writing features on Alex Da Kid and Kawan Prather. Getting that first check and seeing the published worked just gave me the feeling that I had to keep going.  From then I haven’t stopped; even past the numerous industry f*ck overs  and other hurdles. 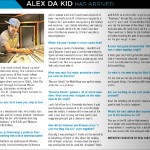 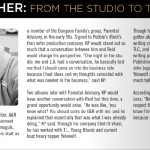 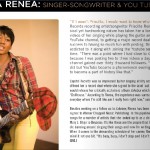