Posted at 22:14h in Life Stills by Ural Garrett 1 Comment 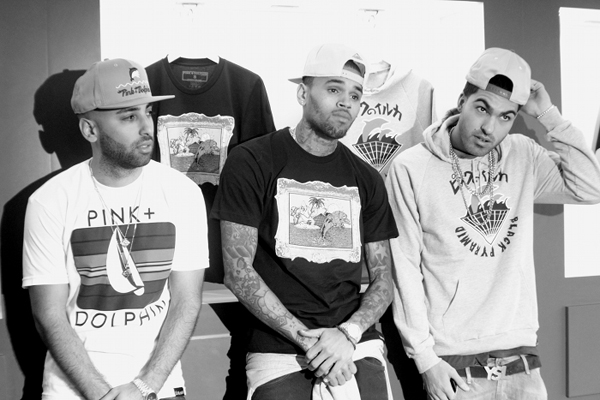 Legions on fans lined up almost around the block to get one of the two shirts and sweatshirts birthed from the collaboration signed. Something that co-founder Neima Khalia saw as a natural partnership.

“It started off as a friendship and it turned into a partnership,” said Pink Dolphin co-founder Khaila who started the brand with Cena Barhaghi and Young L (formerly of The Pack). “ I think we’re two young brands and I think it makes sense to hook up on some pieces.”

“Founded this year by Marta Goldschmied, daughter of famed designer Adriano Goldschmied, EMM Gold prides itself on differentiating itself through pretty clever design hybrid of Italy’s sleekness and Los Angeles’ laid back lifestyle.

“LA we just throw anything on; the weather is nice so there’s more options and that leads to a comfortable lifestyle,” said Goldschmied. “In Italy, you need a blazer, tucked in shirt, some sleek paints and a nice pair of heels.”

Not one to rest on her father’s lineage, Goldschmied says that she’s been preparing for this moment since she was cutting denim with “The Godfather of Denim” at eight-years-old.”

“Our inspiration comes from our ideas and meanings we personally hold close to us,” says one of the founders of Jeanisis clothing D. Treadwell.

Along with his brother Clarence Grant, the duo started the idea for the brand in the classrooms of Southern University around five years ago. According to Treadwell, they wanted to present something different to the public and now, the world.”