Today’s new crop of emcees live in a less contained environment artistically thanks to this generation’s marriage to any and everything connected. That means that the sonic barrier between local and outside sounds are blurred to create new forms of expression on a constant basis. Up-and-coming spitter Raven Sorvino exemplifies the notion perfectly. Spending her childhood between Houston and Los Angeles due to her parents being separated, Raven describes herself as embracing both southern and west coast mentalities in every way possible. “Being in the south gave me a politeness about me, and my dad was the type of person that didn’t take any stuff,” Raven explained.  “Being with my mom in LA, she was such a queen; everything was so glamourous and elegant.  Take both of those two, that’s really who Ravin Sorvino is.”
Share on:

Brisk Bodega made its way to DTLA last night to a packed crowd of around two thousand. A collaborative event with Brisk Ice Tea and Vice Media, Brisk Bodega featured performances from Ty Dolla $ign, Casey Veggies and Problem. Most importantly, free booze and promotional...

Indie Mocku-Doc “Con Artists” Represents Everything Right in The World

A good friend of mine Arif S. Kinchen invited me to a screening of hilarious independent mocku-doc Con Artists starring Yuri Lowenthal ( Ben 10: Alien Force), Tara Platt (Naruto) and Boris Kievsky (Call of Duty: Modern Warfare 3). Playing out like a geeked out version of Borat, the film has Kievsky (serving also as writer/director/producer) following Lowenthal and Platt (both getting writing/producer credit also) around as the two run the comic convention circuit. Con Artists makes the right moves by unapologetically immersing itself in the culture of the popular conventions while having fun with the day-to-day lives of the focal characters. Making the film interesting is how mundane yet normal both Lowenthal and Platt's lives seem even in their niche celebritydom, something that's perfectly played upon as the film draws to it's conclusion.  There's always a self awareness in every shot that works on so many levels.
Share on:

Since the early days of hip-hop, one of the genre’s biggest criticisms is its musical validity. Is sampling just lazy copying? Does Fruityloops usage make one any less of a musician? Or should listeners just rely on a song’s enjoyability? This is what makes Terrace...

Frank Ocean, Ne-Yo, Keri Hilson and The Dream all had successful careers in songwriting before taking further steps to become acclaimed solo artists within their own rights. Looking to make that transition from behind the scenes to the ears of listeners is Los Angeles’ own... 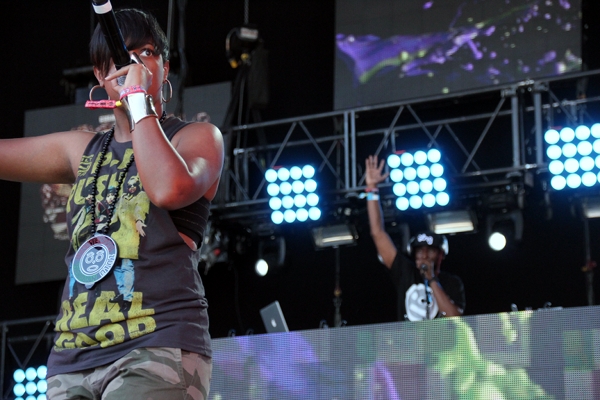