I was invited to Goodie Mob's reunion tour stop at Hollywood's House of Blues yesterday and it was pretty interesting seeing all the old "Golden Age" era Hip-Hop heads there. Actually, I was there more to see the opening act Drop City Yatch Club whose...

And it's with Ratchet R&B King Teeflii  ": I just feel like I brought a rougher edge to the game. I just felt like certain people who were singing sound like girls and I want to sound like a man when I sing. You don’t have...

So a post I did on Raheem DeVaughn's "Ridiculous" single from his upcoming A Place Called Love Land was put up on SoulCulture and I started to remember why this dude is so awesome. Let's start with how dope The Love and War MasterPeace was about three years...

Look What I Found in the Archives!!

An old 2010 interview I did on the fly with Big Sean. " I realized it just comes from thirsty people wanting to have exclusives on their Web sites and what not, while disregarding how hard an artist worked to do the song. I’ve been taking...

ArcaniA - The Complete Tale [Review] "The Gothic series has been a PC mainstay for well over ten years. Many saw the action RPG as sort of a good “B” rated time that couldn’t hold a candle to some of the better quality titles like Elder Scrolls. Now the series...

Big Freedia "Ru just contacted me personally and was talking about how he had been trying to get in contact with my management team and that he wanted to do a song with me. They sent over the track and my mouth dropped when he called...

Former victim of domestic violence uses story to inspire others 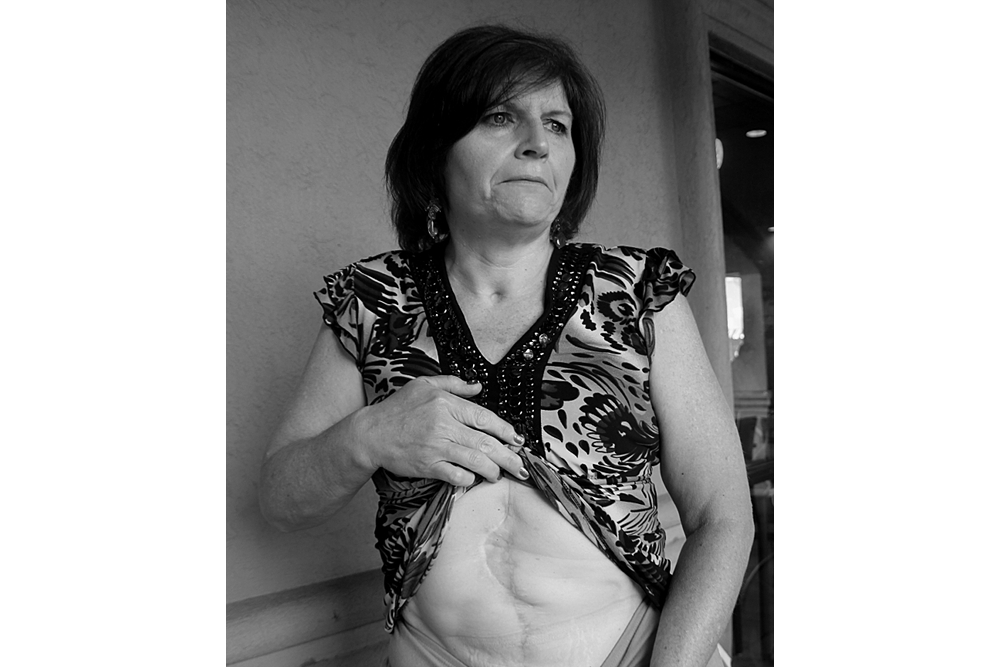 Laura White shows the scars left from a shotgun blast to her abdomen by her abusive ex-husband that nearly killed her[/caption] According to the Domestic Violence Resource Center, one in four women or 25 percent have experienced domestic violence in their lifetime. More startling is that on average, more than three women and one man are murdered by their intimate partners. One who almost faced that deadly fate and not without some serious mental and physical scaring is Houston resident Laura White. White was around 45 when she met Dennis Foreman, a man thirteen or so years older than her at church in 2003. Around that time, White had just dealt with a traumatic divorce that saw her ex-husband leave her for another woman. When she met Foreman everything started wonderful. Then things changed and the nightmare began.
Share on:

“When you think of Aaliyah, SWV or even TLC, they wore big baggy jeans and jerseys to be comfortable. It also allowed everyone to pay attention to their voices and what they were saying verses what they have on or how sexy they looked. Everybody...